Push notifications are the opt-in of the new generation. But, just like with email – how you use them is vitally important. Done wrong, push notifications can cause users to opt-out, delete an app and spread the word about how annoying and intrusive it is.

Done right, however, push opens up a marketing cornucopia that’s closer to the consumer than nearly any other technology currently available.  So how can you be sure you’re using push notifications the right way?  Let’s take a closer look.

The Rise of the Push

Push notifications were originally popularized on Blackberry devices and were used as a way to notify users that they had new emails. Today, push notifications have matured to go well beyond email and are now integrated into everything from game consoles to in-vehicle Bluetooth. And it’s only getting smarter.

But does that also mean that customers are opting in to receiving such notifications? Localytics conducted a study in November of 2015 that took a look at the consumer’s view of push notifications, and the results were troubling. 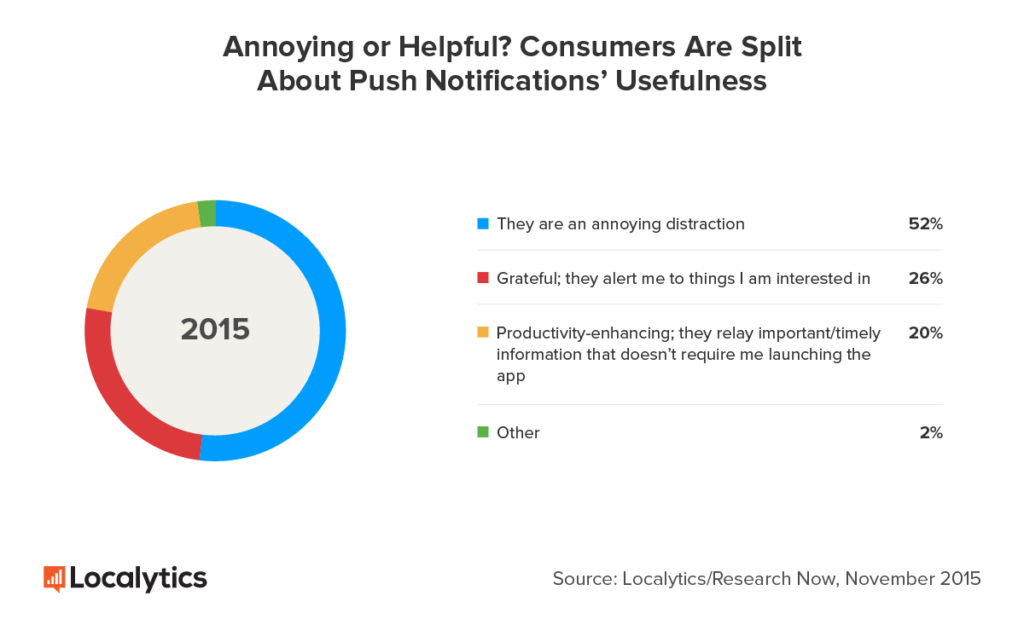 What Users Want from Push Notifications

The question of using push effectively then becomes twofold:  what kind of messages do users respond best to, and how often?  First and foremost, people want personalized messages. Of course, as the Localytics study notes, “personalization” can mean many things to many people – ranging from a special deal based on their physical location to a winning score from their favorite sports team. 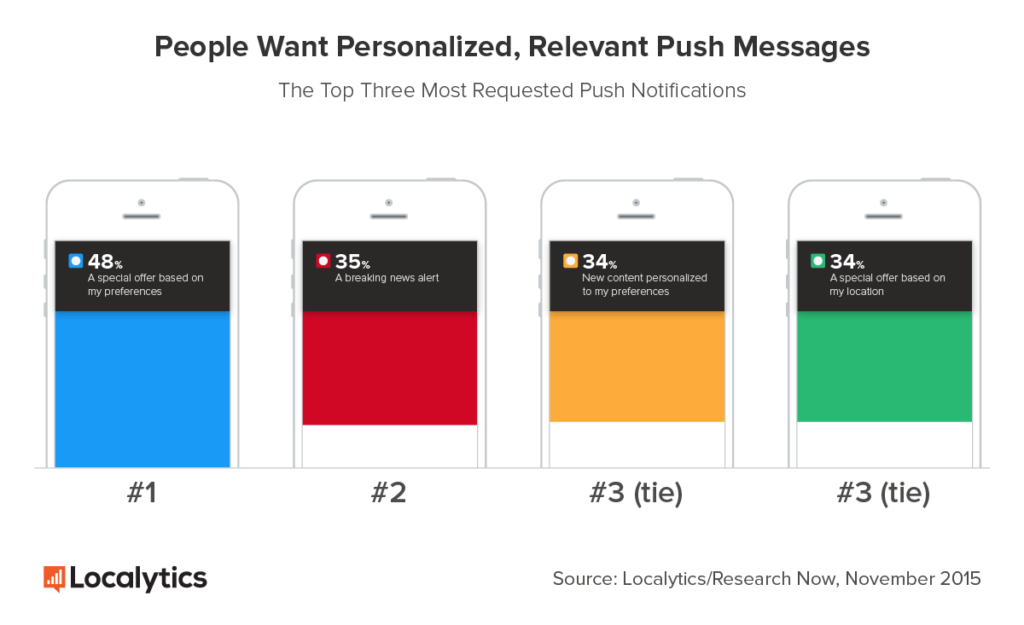 Nearly half of users surveyed wanted special offers based on their preferences. Breaking news was the second most important notification, whereas the third and fourth place push notification types (tied at 34% of users) were specials offered based on one’s physical location as well as new content tailored to their preferences.

Now that we know what they want, how do we give it to them?

But can it be too much of a good thing?

In this same survey, 46% of respondents would disable push notifications if they received between 2-5 messages in a week. Raise that number up to 6-10 notifications in a week and 32% of users would stop using the app altogether.  There’s a definite consumer “sweet spot” and it’s a delicate balance to be sure. 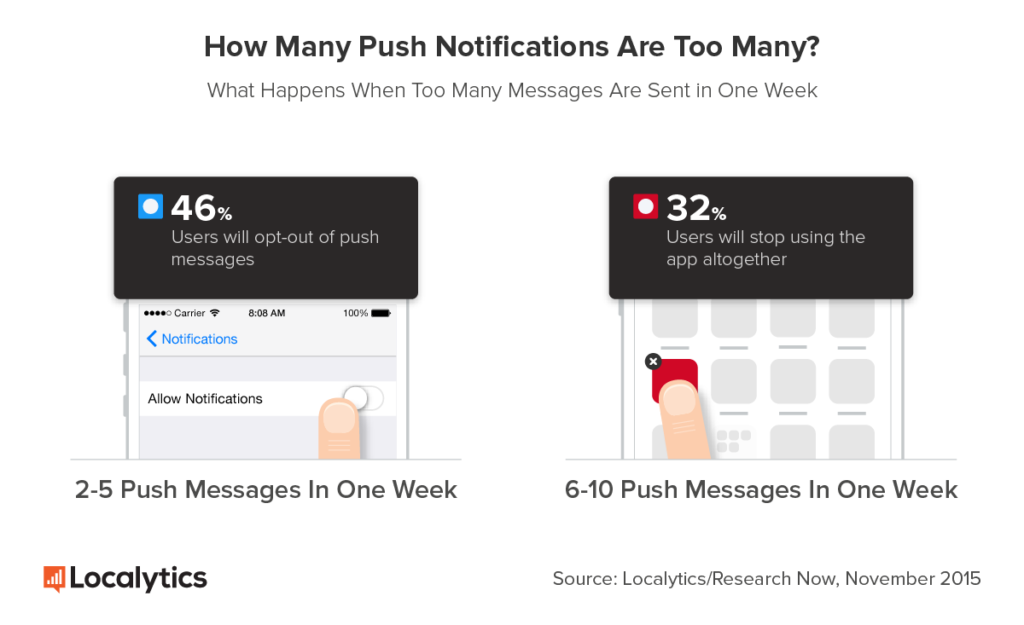 The Marvels of Segmented Push Notifications

Just as you segment your customers into groups for appropriate and personalized email promotions, so too should you segment your mobile users.  To do this, it’s worth understanding what types of push notifications exist out there, and how to find the right tool for the job based on the end goal. Do you want to send out all-encompassing messages or more behavioral based messaging along with rich messaging integration?

And as with email, certain aspects of push notifications – such as time of day – matter to prospects. According to insights from Microsoft Azure, among millennials, there’s a 5.8% click rate average on notifications compared to a 3.5% weekend CTR average.

Now, About Those Conversion Rates…

Now, it’s worth noting that a “conversion” in this case can be anything an app developer decides it is – from completing a level in a game to making an in-app purchase to reading an article.  Conversion rates for these different objectives vary considerably and are unique to each app, so finding out “what conversion rate” is best is impossible, as there are just too many variables to consider.

So what should you be measuring to see if your app is on the right track with its own conversions? There are lots of telltale signs that you can glean from user interaction on the app itself, including:

All of these metrics can tell you more about how your push notifications are performing, whether or not you’re reaching your audience with the content they crave (at the right time), and how the sales contribute to app ROI and overall revenues.

Do You Use Push Notifications?

Are you successfully using push notifications in your own app, game or site? What have your results been so far? As a user, do you find them intrusive or helpful? Share your thoughts and comments with us below and let us know about your experiences.