A term used to describe test methods or algorithms that continuously shift traffic in reaction to the real-time performance of the test.

Also known as “multi-armed bandit testing”, the name is derived from the behavior of casino slot machine players who often play several machines at once in order to optimize their payout.

Rather than stay with a single machine, the gambler will often play some percentage of the time on several other nearby machines. In this way, the new “hot” machine can be identified without leaving the original machine behind. 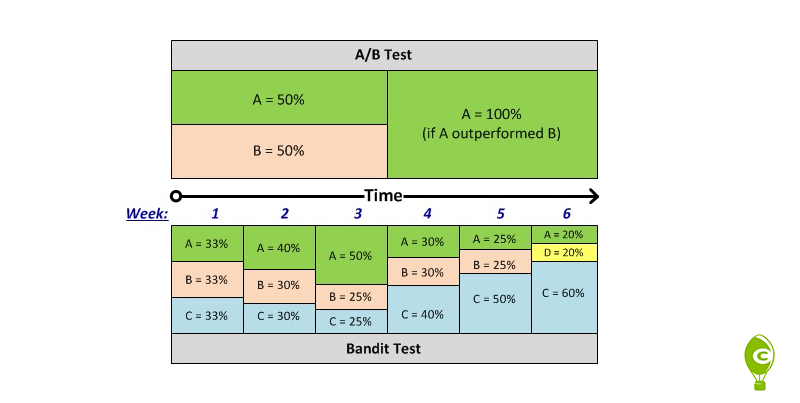 Running the test as a “bandit” allows you to explore and exploit simultaneously, and shift traffic to maximize conversions while continuing to test other options.

For example, let’s say Option A in the bandit test was performing best during the first week of testing. You (or the algorithm) might then shift more traffic to Option A while continuing to gather more data for B and C in the background, although at lesser percentages.

Conversely, if you begin to see a significant positive shift in conversion percentage for Option C, the bandit method has the flexibility to re-adjust your traffic accordingly. Option C then takes over the lions’ share of traffic, based on the recent trend, with the other options relegated to the background, yet still providing data.

You might even decide to replace a poorly performing option with a new one (Option D) during week 6 (and perhaps beyond), as shown in the example, then continue to test for a longer period of time.

Numerous variations of bandit testing algorithms allow you to modify what percentage of traffic is diverted to the highest performing option, how often the mix of options changes, how many options are tested at once and how much risk is taken with respect to confidence in the data, i.e. higher or lower sample size, etc. 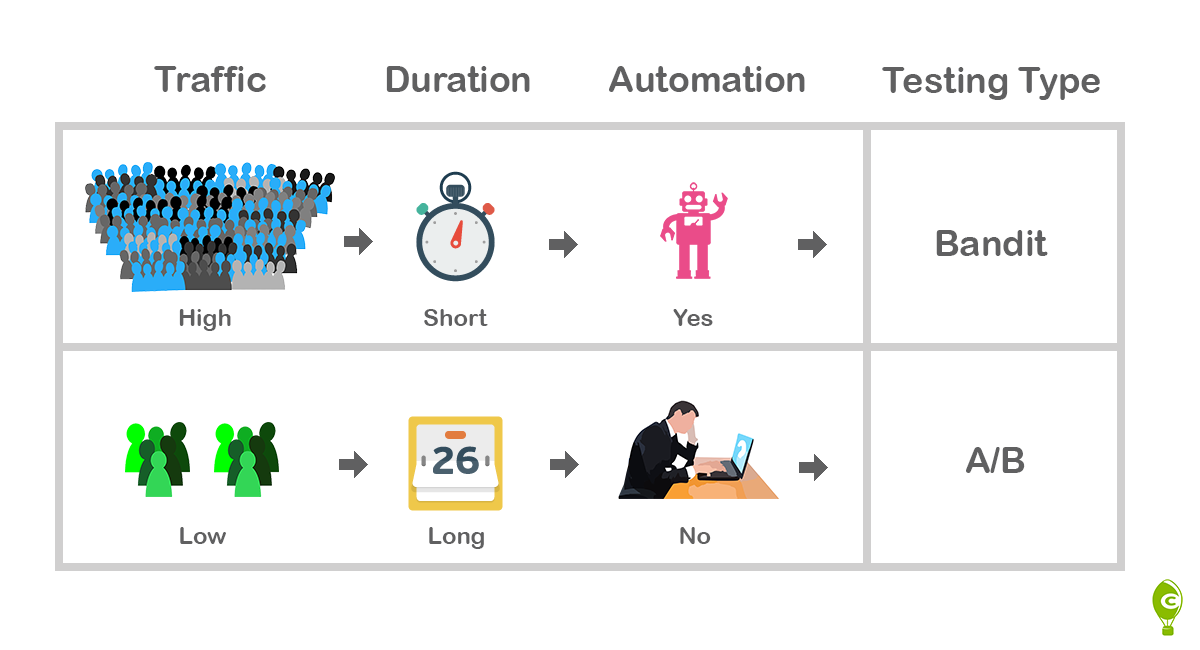 How to Do Usability Testing Right

User experience is one of the most important aspects of having a successful website, app, piece of software, or any other product that you’ve built 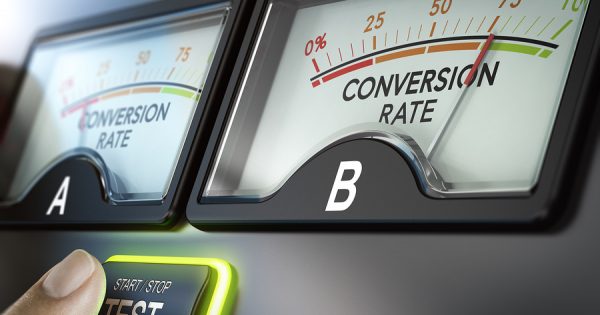 How to do A/B Testing and Improve Your Conversions Quickly

If you’re not A/B testing your site, you’re leaving money on the table. The only way to truly evaluate your conversion funnel and marketing cam If you want to double or triple your conversion rates over the next 9 months, A/B testing is the foolproof way to do it. Any funnel, any business