Concepts like “building trust” and “presenting a consistent brand” don’t get as much attention as they should.

Actually, let’s rephrase that. They get lots of attention but—while many marketers know they need to take these things into account—they’re not exactly sure how or why.

It’s easy to measure the ROI of an AdWords campaign or an email blast to 10,000 prospective clients. Measuring the ROI of being a trustworthy brand? Not so much. Because of that, soft marketing techniques like these sometimes get ignored.

But with growth hacking, split testing and conversion optimization receiving more attention than ever, it’s easier than it used to be to measure the effectiveness of different tones of voice. It only takes a few tweaks to headlines and so on.

Using tone of voice effectively requires patience, practice and sometimes a willingness to be daring, but it can have a huge impact of engagement and, as as result, conversions. I’ll show you how as we go along.

A Process for Tweaking Your Tone

The first step to implementing, or changing, your tone of voice is to look at the content you already have. What’s doing well in terms of visits, comments, shares etc.—and what’s not? Do those pieces of content have anything in common?

Look at what your competitors are doing. More often than not, they’ll all have a very similar style. Deviating from that, where appropriate, gives you the chance to be known as the company that “does X like nobody else.”

Of course, it’s not enough just to be different. Talk about benefits, not features is great advice, but the line between the two is so fine that not everyone gets what that means.

There’s a great post on the Buffer blog that takes “benefits, not features” to its natural conclusion. Its subject is the same as its title:

People don’t buy products, they buy better versions of themselves.

This is where copywriting becomes extremely important. It’s easy to convey features in writing, but much harder to nail down why your product will make your target audience become a better version of themselves.

The really tricky thing is that slogans like these are often pretty divisive. For every person out there who loves Coca Cola’s “Make it Happy” and McDonald’s “I’m Lovin’ It,” there’s someone out there who thinks it’s meaningless fluff.

Don’t even get me started on “Red Bull gives you wings.”

Step 3: Appealing to your customers

For the average business, vague slogans like the above probably aren’t going to cut it. Instead, you need to figure out the best way to speak to people who actually need—even if they don’t realize it—your product.

And I really do mean that.

[tweet_box design=”box_7″]Using a slogan, design or a tone of voice designed to appeal to everyone will ultimately appeal to no-one.[/tweet_box]

So what’s the best way to do this? Personally, I’ve always been a fan of trying to compress how you’re going to improve people’s lives in as short a sentence as possible.

A few neat examples of this:

The above headlines are very simple. Heck, two of them are only 3 words long! But they capture the whole point of what the company is trying to do and why their potential customers should want their product.

Step 4: Developing your tone of voice

[tweet_dis]Anyone can come up with or change a couple of snappy headlines, but that doesn’t create a tone.[/tweet_dis] At its core, effectively harnessing tone of voice comes down to two things:

You don’t need to sit down and have a big meeting to decide what your values are. You may not quite know what they are, but they’re already there.

Maybe you started your business because all of the alternatives were too big and clunky (value: disruptive) or because you wanted to bring a personal touch to a very cold industry (value: attentive).

Thinking about the reason(s) you started your business or went freelance will help you understand your values and shape your tone of voice.

[tweet_dis]Ask any business owner what their values are and they’ll probably rattle off “human” as one of the responses.[/tweet_dis] And yet there’s still a pretty good chance their website, emails, social media channels, etc., are tight and overly formal.

Admittedly, there are some industries and spaces where a strict veneer of professionalism is required, but that still doesn’t mean content needs to be full of jargon. In fact, I have another post brewing on that very topic.

What Tone of Voice Can Do For You

It’s difficult to believe but, once upon a time, Apple was a small startup going up against the might of Microsoft. They set themselves apart by positioning themselves as fresh and different, including adverts like these: 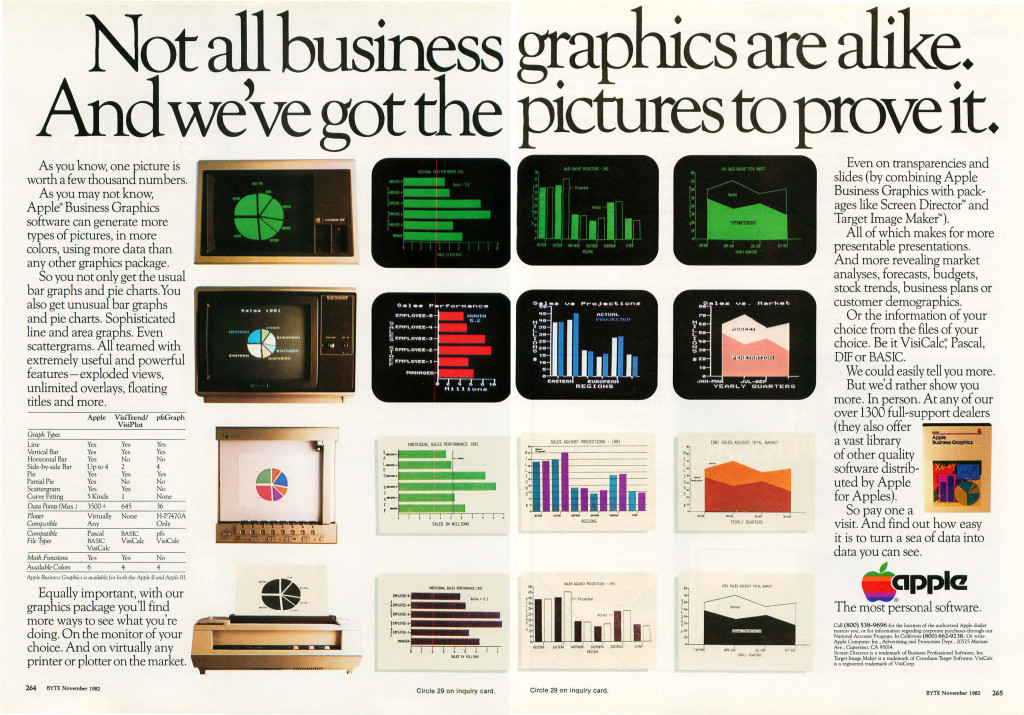 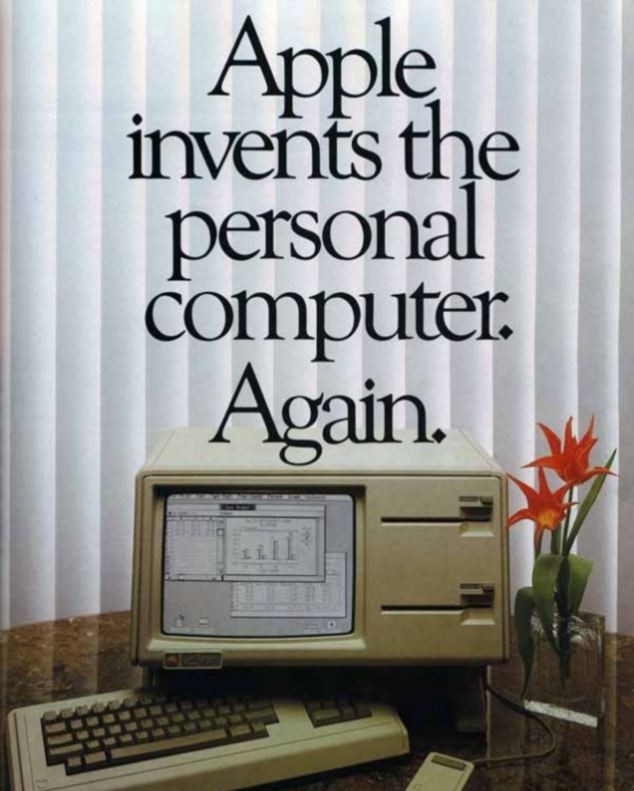 As I write this, an ad for the Apple watch is peeking out at me from behind this window. It reads, “The Watch is here.” That’s all Apple needs to say to sell their products now: It’s ready. Come and spend.

Apple’s obsessive brand loyalty is, in part, due to its high-quality products. But it’s also due to the tone of voice they use and the way it makes customers feel. Think different.

Apple, like Harley Davidson, is one of the world’s largest corporations yet still manages to appeal to people who see themselves as free spirits who march to the beat of their own drum.

Imitating Apple or Harley Davidson’s success is no mean feat, but it’s certainly something to strive towards. Build even a fraction of that loyalty and you’ll see a rise in open/click rates, etc., because people genuinely want to hear from you.

But remember what your folks said to you before your first day of school. “Just be yourself.”

The same is true here. If you try to use a tone of voice that doesn’t fit with your business or who you are, it will come across as insincere. And that really matters.

In a 2014 study, The Age of Authenticity, Cohn & Wolf found that 63% of consumers would buy from a company they believed was authentic instead of from a competitor. A nice stat to have in the back pocket in case anyone ever tells you that tone of voice has no impact on sales.

The good news is that, if you’ve ever tested a different headline on a site, you’ve already dabbled in experimenting with tone of voice. Once you’ve identified the role it played in that success, you might want to start thinking about rolling it out elsewhere and seeing what happens.

Ever had success (or failure, for that matter) doing something radically different with your tone of voice? Don’t be afraid to let us know in the comments!