Just about every marketer has been there.

“Our numbers are looking a little low this month. We need to do something to boost sales.”

“That’s perfect. The new iPhone just came out, so we can give one of those away.”

I’ve been in this situation myself, which is why I feel that I’m qualified to look back and say that this is a terrible idea.

On the face of it, an iPhone/iPad seems like a great prize:

However, there are also a number of key problems with giving away something like an iPhone, iPad or Apple Watch.

It’s this set of problems that means the majority of iDevice giveaways probably fail to recoup even the value of the prize, let alone generate any sales. 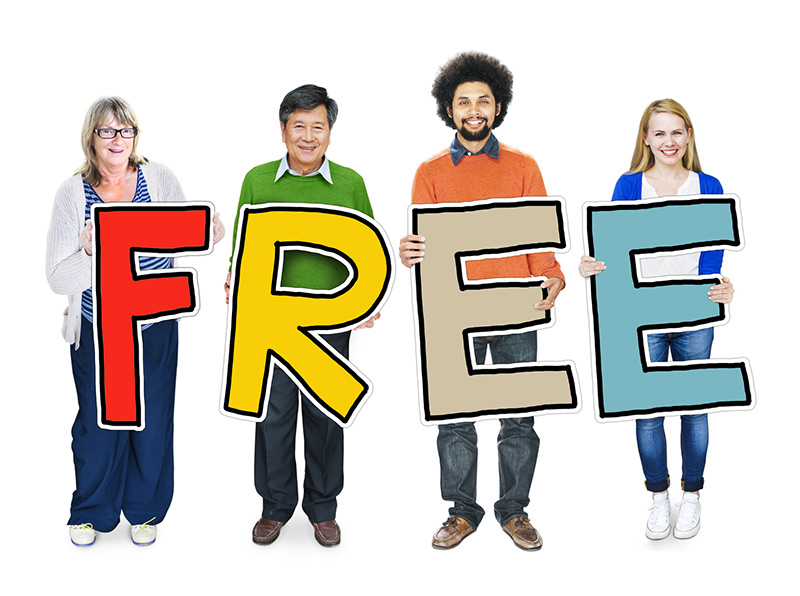 Hands up if you have a dedicated email account that you use for competition entries or things you think might result in spam. I know I do.

Now, compound that with all the blogs out there dedicated to aggregating all of the contests and giveaways out there.

The result is often a list of thousands of entrants…very few of whom have any interest in your company whatsoever.

Try to use the email list you gather during a giveaway like this and you’ll likely find both of the following:

The latter can actually be really damaging, as it can result in your emails ending up in spam folders if enough people report abuse or mark them as spam.

Doing something to discourage entrants might seem like the opposite of what you want, but it’s worth thinking about: when it comes to leads, quality beats quantity.

On the other hand, asking for too much data or effort is a surefire way to discourage even potential entrants who really want the prize.

A good compromise is asking people for an email address but offering them an extra chance to win if they share something, perhaps involving a hashtag, on Twitter.

Social media is still a very personal space, and most people won’t share something unless it fits with the image they’re trying to project there.

This means that people who could become enthusiastic about your brand/product, and may have friends who could be as well, have a better chance of entering (and winning).

Problem #2: The prize is too…meh 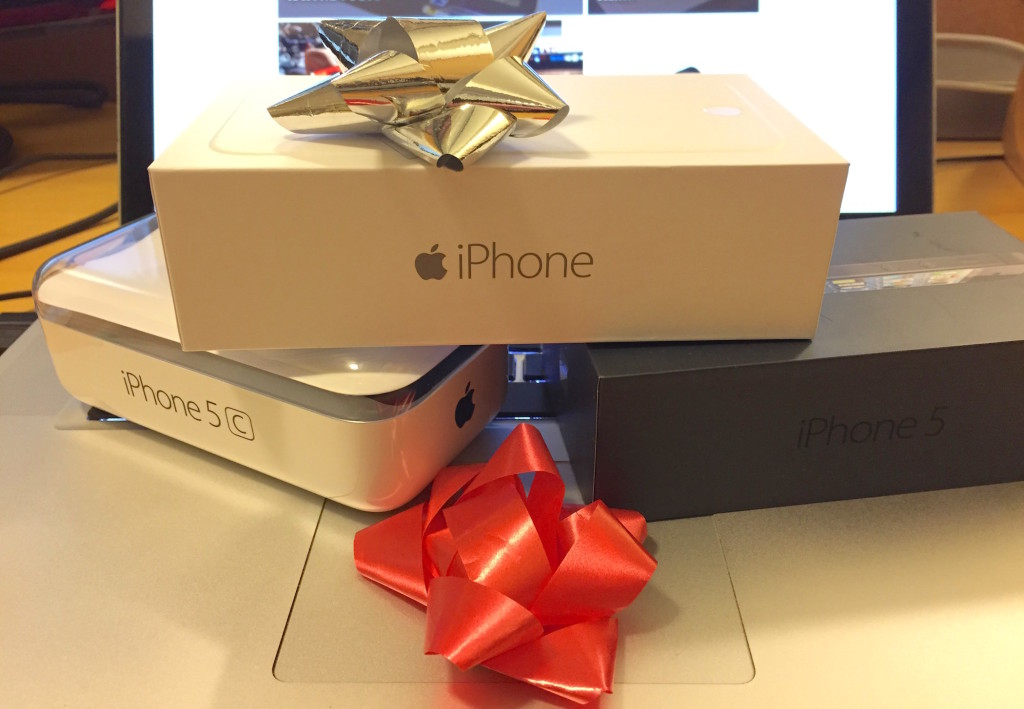 There’s a great post on the Vero blog about conducting an effective marketing giveaway, and one of the big takeaways from that post for me was the importance of shock value.

iPhone/iPad competitions are everywhere these days, so they just don’t have the desired effect of enticing entrants in the same way that they once did.

Solution: Give away something valuable to YOUR audience

This is where the thinking cap needs to go on. What would make your ideal reader/customer’s life easier? If you can’t figure this out yourself, ask existing customers…just make sure to enter them in the giveaway as a thank you.

If you work for a brand that has their own product this is much easier. A one year subscription probably won’t cost you much, but it’s extremely useful to someone who actually likes the look of the product.

Problem #3: Marketers often fail to effectively follow up after giveaways

Sometimes marketers leave a gap of months between setting up a contest and sending the first email to the resulting list. This is a big mistake, as the average reader will have forgotten about signing up in the first place.

They’ll probably assume that you’ve bought the list from someone else and are now spamming them. First impressions are important, and this is not the one you want to make when you’re sending what’s probably a promotional email.

Whether it’s a follow-up about how to gain extra entries or a notification about when the winner will be drawn, you can start testing how responsive your new list is before the contest is even over.

One of the best marketing emails I’ve ever received had the subject line “You’re a loser.” Unfortunately I can’t find it in my email inbox, so please help me out in the comments if you received it too.

What I do remember is that it was a follow-up to a competition I’d forgotten that I’d even entered. The email announced that a winner had been drawn, which is HUGELY important when you’re giving away a product/subscription.

Fail to announce a winner, and some contest entrants will hold off purchasing indefinitely ‘just in case they win’. Tell them that the winner has already been drawn, but offer them a discount on the product.

Here’s a nice example of such an email from a blog post over at Wishpond: 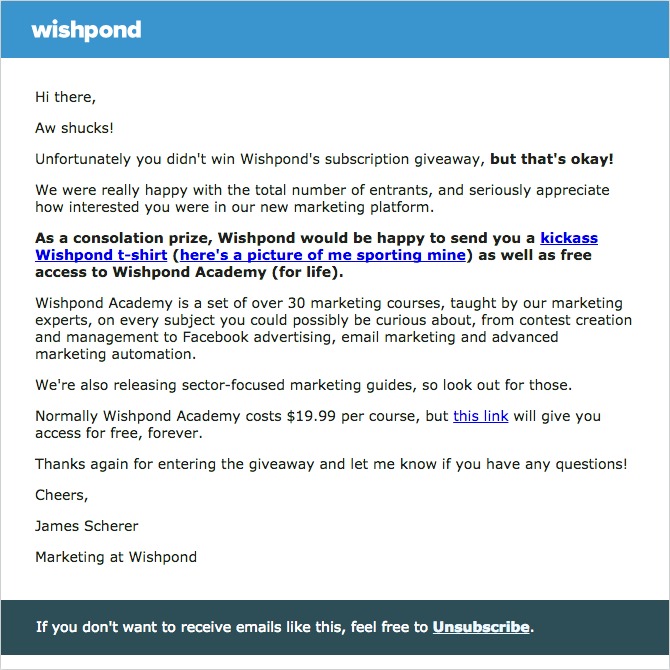 People often run giveaways out of desperation: they want to build an email list to boost sales for a given month or plug a hole in their funnel.

As a result, they often neglect to make sure that the leads they’re generating are actually worth having.

If you want to make giveaways part of your promotional strategy—and there’s no reason why you shouldn’t, as they can be very effective when done well—start thinking about the hows, whys and wheres (specifically the channels you’ll be trying to reach) early in the process.

Oh, and one more thing. If you’re giving away something cool, do me a favour and let me know.

Had a negative (or positive—I’m always willing to be proven wrong) experience running a giveaway? We’d love to hear about it. Just drop your story in a comment below.