I think they’re juvenile and ugly, but whenever I say as much I get called a fun sponge. You can imagine how my heart sank the first time I saw a brand using them in an email subject line. 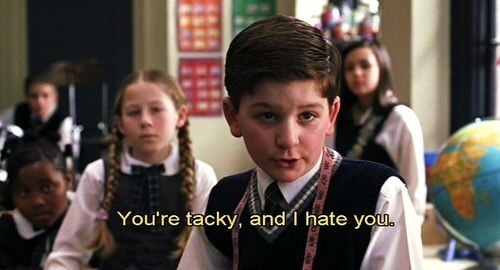 After setting out that answer that question I found… very little.

Using emojis in email subject lines is a recent thing, so it’s not surprising that at the time of writing—with the exception of an article or two—not much has been written on it.

Of course, that’s not very helpful for marketers who are wondering whether or not to give it a try, so I thought I’d put down some thoughts on the topic.

First things first, let’s talk about an obvious advantage of using emojis in subject lines. They allow you to convey a lot of information in a single character.

That’s why every time a blockbuster movie comes out, an emoji plot summary goes viral on Twitter. A 96-character emoji version of The Shining posted by Jordan Peele, for example, received 13,000 retweets.

More and more emails are being opened on mobile devices, where the number of characters displayed in a subject line is usually somewhere between 30 and 40 characters. By the time you get “Incredible deals on…” written, you’ve already chomped half of the space you have available.

In that respect, emojis have a definite appeal, especially if they spell the end of awkward cutoffs like this:

A 63-year-old CBS exec named Gil Schwartz had the following to say about emojis in a New York Times op-ed about whether or not grown men should be using emojis:

“For a moment you’re Taylor Swift. If you’re confident in your manhood, you can certainly lapse into Taylor Swift-hood momentarily.”

That’s all well and good when it comes to personal emoji use, but the idea of your brand lapsing into Taylor Swift-hood might be something that fills you with horror. There’s nothing feminine about emojis, per se, but their use is commonly associated with teenage girls.

Using emojis for that type of target audience is a no-brainer, a slam dunk and one that you’re probably already capitalizing on. An Econsultancy article on emojis claims that 2% of emails now contain emojis in their subject line, so you’re in good company.

It would be easy to assume that an older audience would find emojis off-putting, but that’s not necessarily the case. Stats from MarketingLand indicate that those over the age of 45 are more receptive—with an average approval rating of around 70%—to humor in email subject lines than a younger audience. 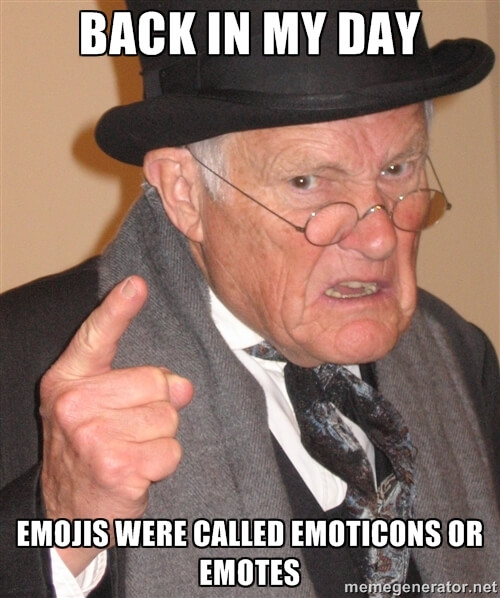 Of course, emojis aren’t necessarily humorous, but they do seem to sit in the same sort of space. It’s also important to note that humor is, like emojis are, divisive.

The 70% approval rating quoted above is high, but it still risks turning off 30% of the desired audience. I’d expect that, in the case of emojis, that number may be even higher.

Hopefully it goes without saying that, for some businesses, using emojis just isn’t appropriate. I really hope I don’t see any articles expressing outrage about subject lines like:

But even in the B2B space, emojis can look unprofessional. If you’re handling people’s money or financial data, for example, people probably don’t want to see you using emojis or being too light in tone.

There will always be exceptions to this rule, like for feisty startups who are trying to disrupt the status quo, but I think you’ll already know whether or not it’s appropriate for you to think about experimenting with emojis.

I warn you now, there’s not much of it around. Since introducing emoji support in February, MailChimp has collated some information about the top emojis used by their customers…

…but when it comes to the impact of these symbols, they’re sitting on the fence. In their most recent blog post about emojis, they say the following:

This is really just the beginning. We don’t see a consistent positive or negative impact from using emojis at this point, but they’re still growing in popularity and stabilizing.

Elsewhere, folks have attempted to break down the impact of icons and symbols, with Econsultancy putting together the following graphic:

As the author of the post points out, we can’t take this data as gospel.

It’s unlikely that a snowman emoji would be well received in summer (unless the email creator has a keen sense of irony), and the discrepancy between two fairly similar sun symbols is puzzling.

Tips For Using Emojis in Emails

Building on that last point, we recommend sending a test to a few different smartphones in the office rather than relying on your email marketing program’s preview feature. 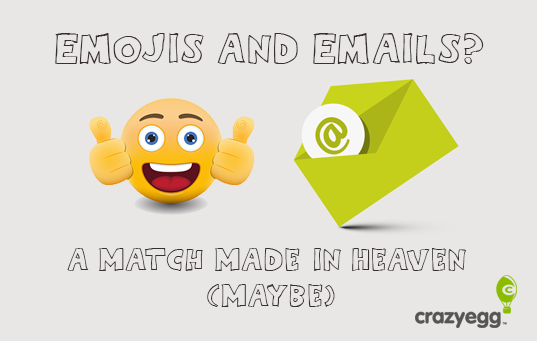 Like with anything else relating to email marketing/copywriting/design, you won’t know how your audience will react unless you test using emojis in email subject lines yourself. Is there a test emoji? This one maybe? 💯

We’re still at the stage where doing so is a novelty, though that won’t last for long. For now, emojis are a good way to inject a bit of personality and really help cut down subject line length so, on that basis alone, they’re worth testing.

Now I’m going to swiftly bring this article to a close because, much to my dismay, I’m actually starting to like the little things… 😤

Already tried using emojis in your email marketing and seen success? Let us know in the comments, we’d love to hear your stories.