In business, it’s important to learn from your mistakes.

Even better is to learn from other people’s mistakes.

What lessons can we learn from AdWeek’s round-up of 2012 biggest brand fails?

Lesson 1: There’s a fine line between being different and offensive

Efforts to stand out by being shocking and controversial sometimes pay off and other times, not so much.

British fashion brand Harvey Nichols made one of the biggest branding mistakes of 2012 after they tried to visualize the popular phrase ‘try to contain your excitement’ with ads showing models peeing themselves. 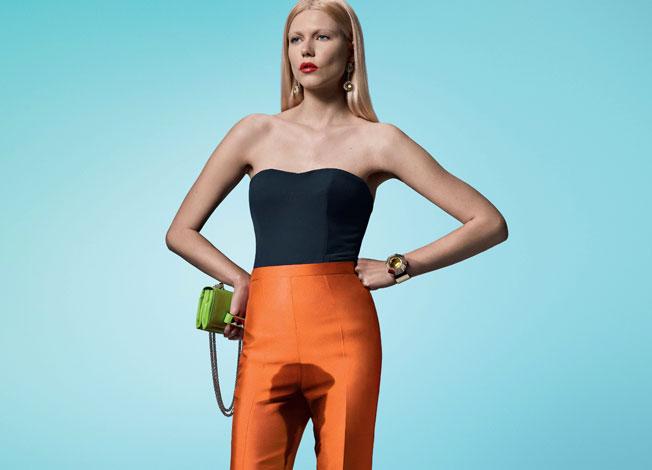 The ad was surely different and sparked interest but it, unfortunately, backfired.

Another brand on AdWeek’s list, Spy Sunglasses tried to be witty and humorous with their copy when they plastered the slogan ‘Happy to Sit on Your Face’ on billboards. The billboard, slated for a six month stint, was taken down after only one month. 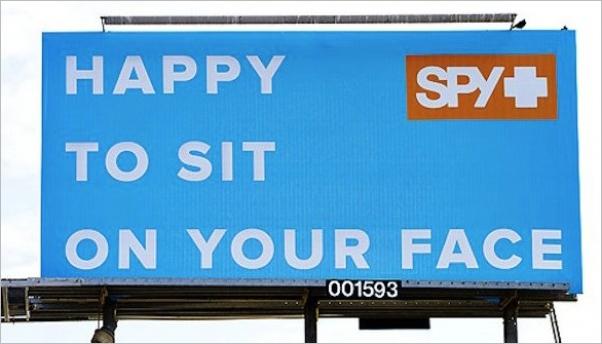 Domestic violence groups, and others, failed to see the humor in this portrayal of men with a veggie-fueled sex drive battering and bruising their girlfriends. 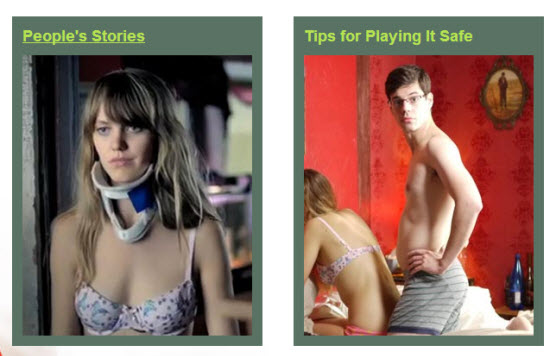 Bottom line: You have to be different to gain attention but make sure you know the line between different and offensive.

Lesson 2: In a socially connected world, hiring the right people is more important than ever

Here at The Daily Egg, we talk a lot about the power of social media and how beneficial it can be for a business.

However, as Spider Man would say, with great power comes great responsibility.

The truth is, you can’t stop social media and you can’t control it.  Your employees can torpedo your brand in a millisecond.

It’s never been more important to have the right people working for you.

Burger King had to run an internal investigation and deal with international-scale embarrassment after an employee posted the following picture on the anything-goes forum 4chan with the caption “This is the lettuce you eat at Burger King”.

A single image like this can do some serious damage.

Businesses also suffer when employees running their official accounts mistakenly post their personal tweets and messages to the company account. 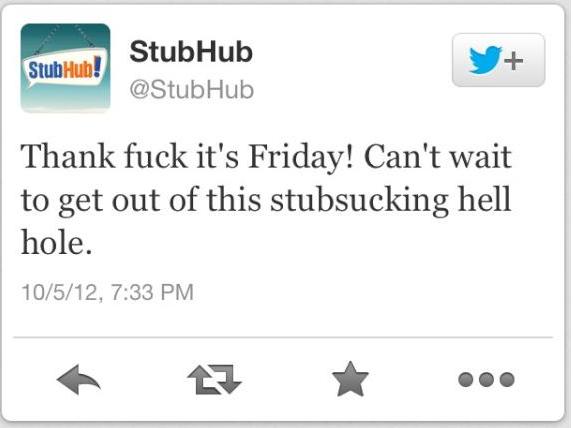 A tweet on the official Gap page simultaneously told people to stay safe during Hurricane Sandy while encouraging them to shop at Gap too. 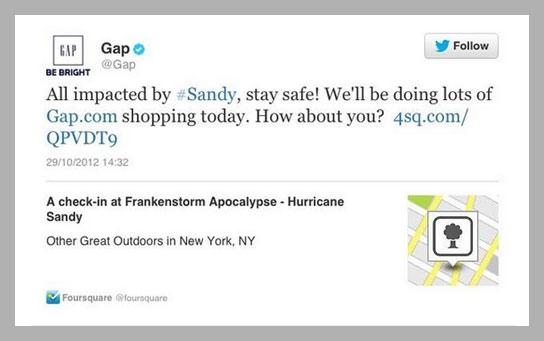 These are exciting times.  Your brand message can reach millions in a split second.

Choose the people that will represent your brand carefully.

Lesson 3: Double check your work.  Then… check it again.

We are often too close to our work to see an enormous error.

French fashion chain La Redoute inexplicably failed to notice this naked man in the background of a photo that appeared online and in their catalog.  If this doesn’t convince you to to double check your work, nothing will. 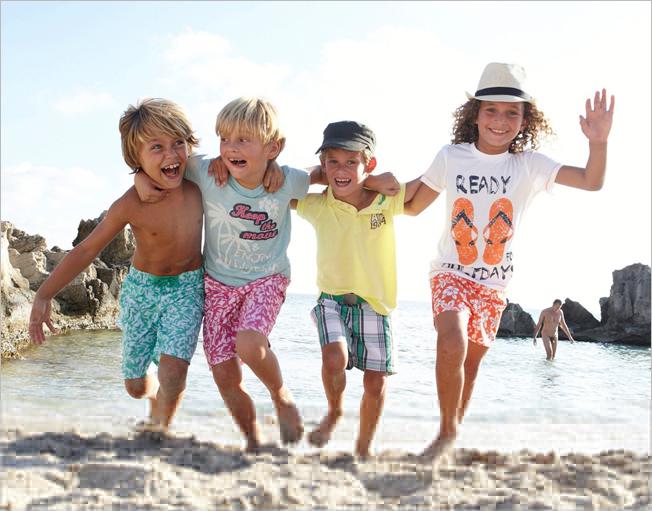 The team at Nestle quickly removed its inaugural Instagram photo on the Kit Kat Facebook page when people drew similarities between the drumming bear and the Internet meme, Pedobear — the unofficial mascot of child pornography.

One Twitter user scoffed “Listen, Nestle, if you want to use the Internet, hire people who understand the Internet.”

Perhaps having a second set of eyeballs would have caught the similarity. 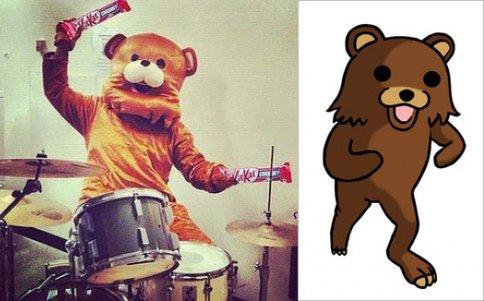 All of the above examples enforce one important lesson: our familiarity with our own work can make us blind to mistakes.

Yes, even mistakes like a creepy naked man emerging from The Blue Lagoon can be missed.  Double check it people.

Lesson 4:  Like it or not, your message is global.

View your content not only in terms of how your target audience will see it but also the rest of the world.

Content on the Internet is shared across the globe in a matter of seconds. Your word and/or visual choice may not be offensive to your target audience but it could still fail because of how it’s received by the rest of the population.

Ikea was heavily criticized when all things female were removed from their regional catalog in Saudi Arabia. The brand was criticized for the decision and then had to apologize saying that the move was not in line with their values. 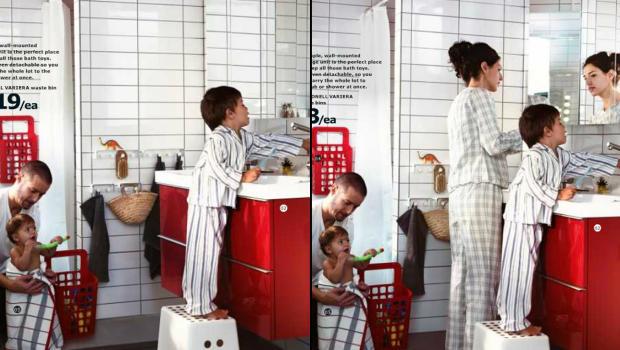 Ashton Kutcher’s brownface makeup and exaggerated Indian accent in a Popchips commercial wasn’t well received, particulary by members of the Indian community.  The ad was perceived as racist.

Israeli officials were outraged when they learned of a clothing store in India called ‘Hitler.’  The store owners claim it is named after their grandfather who earned the nickname, Hitler, because of his strict demeanor. 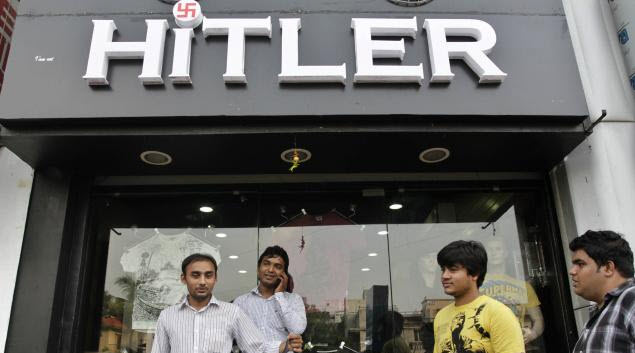 Lesson 5:  Honesty is (now more than ever) always the best policy

HealthNet faced embarrassment when it was learned that they were fabricating tweets and twitter handles on their billboards.

The tweets were ironically punctuated with the hashtag #healthnetcares. 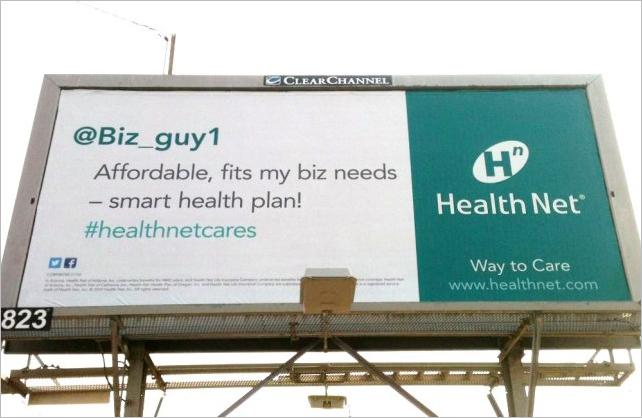 This last one is a bonus not found in the AdWeek list of blunders.  And, it’s a doozy.

You remember the story…

Chick-fil-A founder Dan Cathy unleashed a firestorm of criticism from gay activist groups saying, “We are very much supportive of the family — the biblical definition of the family unit.”

What you may not have heard was…

In response, Jim Henson’s company severed ties with Chick-fil-A by pulling its toys from their children’s meals.

Jim Henson’s organization had this to say on its Facebook page,

Chick-fil-A then issued a safety recall of the Jim Henson toys and backdated the recall to a date previous to the Henson organization severing ties.

This sign found in a Chick-fil-A drive-thru window indicates that the toys were a safety hazard,

And, to make things worse…

Protesters leveled much of their criticism for Chick-fil-A’s stance on gay marriage and the Jim Henson toy fiasco on the companies Facebook page.

To counter the bad press a fake Facebook account, complete with a stock photo of a young redheaded girl, was created to post supportive comments about the company on their Facebook Wall.  It’s not clear if the fake account was built by Chick-fil-A but their handling of the issue with the Jim Henson organization would lead you to believe that they are capable of this kind of trickery. 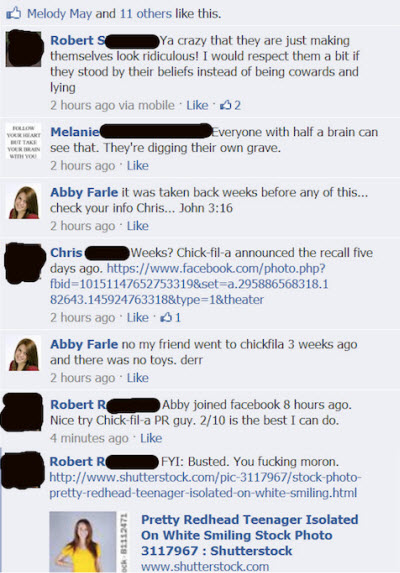 The lesson here is simple:  don’t lie.  And, if you or someone in your organization does, don’t do it again. The ethics of it aside, the effects of even the whitest of lies can have far reaching implications.