When I first started my business, choosing a name was a big deal. What was available? What was unique? What had a good ‘ring’ to it?

Then there was the logo. Three designers took their hack at it before it was satisfactory.

The website design just had to be perfect. This was my company’s branding, after all.

Do you know how much money that website, perfect logo and name with a ‘ring’ to it profited me? It didn’t. Zero dollars is the answer.

In the mean time, since my ‘perfectly’ branded site was taking so long to build, I decided to set up www.joycegrace.ca.

It was far from perfect. In fact, at that time is was plain uuuuggleeey. But I told myself perfect is not the point of this site. I just needed a portfolio to go up so I could show potential clients.

But here’s the thing: I also started optimizing my LinkedIn profile so I could get found better. And I made sure I was a person on social media accounts, not just a company.

To this day, my personal brand has grown my business more than any corporate brand could have.

So here I’m going to show you a few cases of how a personal brand can be just as important as a corporate brand when developing your business strategy—whether you’re a solopreneur or large company with several employees.

Case #1 – People want to deal with a human, not a faceless company

In my experience, people often want to deal with a person. I’ve been told by ex-customers of large companies in my field that they are tired of agency ‘big-ness.’ They get lost in the shuffle, unknowingly succumb to stagnant technological practices and are tossed between multiple employees due to high turnover rates.

The brand name of an agency works for some (especially when the agency is a quality one with great people behind it). But for other business owners, even so-called ‘big’ ones, it’s more important to choose an agency that’s human than one with a fancy logo. (Of course, this could be the sentiment only within my own industry, but not for others.)

Showcasing yourself as a person can be a ‘win’ when working as a solopreneur. Even if you are a bigger company, it’s always a good idea to show human faces behind your brand.

Use personal e-mail addresses and direct phone lines on your website contact page. Put up photos of people’s faces and their bios. Add a little quirkiness. It can make your company seem more personable, and less like its trying to ‘hide’ something.

Case #2 – Big brands use personalities in their marketing

Thankfully, the Daily Egg already has a great post on this, so I don’t need to delve deeply into it. Think Old Spice Guy.

Or, celebrity endorsements and the flip side of that: celebrity CEOs. 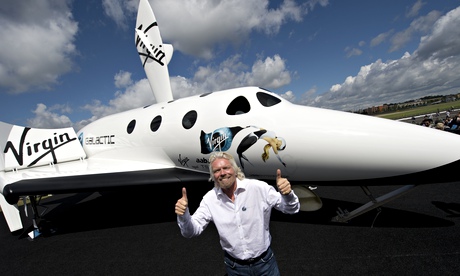 Would Virgin America be the same without Richard Branson? Cameron Herold, former CEO of 1-800 GOT JUNK, became so visible to the public, he used his laptop to sell advertising space. And sold out. No joke.

It can be surprising what an optimized profile can do for a freelancer on LinkedIn. When starting a business, many people jump to start a Facebook business page or even a company listing on various social networks.

But those are less likely to impact you when first starting out.

Others try to use the ‘name’ fields of social media personal profiles to insert their company name (big pet peeve of mine). And still some will just never, ever put their photo online.

Why hide behind a company name?

If no one knows your business, they are more likely to be receptive to YOU as a person. As humans, we like meeting other humans. We identify with their passions and past experiences. We look for what we have in common.

When I first started out, most of my business came from referrals. In my second year, the big money driver came from my ‘beefed up’ LinkedIn profile. I was visible there, and I made sure of it. I watched a video interviewing Lewis Howes on how to do it, and it worked.

As a personal brand, you can increase your market reach through LinkedIn. It’s a place where serious businesses go to hire serious talent. You might not rank on SERPs right away, but you’ll likely have an easier time getting found within the LinkedIn ecosystem.

My brother teaches a successful online Facebook marketing course. He testifies that when doing split tests on his ads, nothing converts better than his profile photo.

There is something to be said for this. Facebook ads allow for controlled tests. It’s not logos and ‘big brand’ associations that attract the most clicks; it’s people.

Case in point: it’s ok to be a person when marketing your products or services.

Nothing can do the job of convincing better than examples! Here are a few stories of people who branded themselves instead of a company, and won big for it:

I’ll mention this one because earlier I said I watched an interview of him. I know he has a course with an actual title about LinkedIn marketing. But that’s not top of mind when I try to recall the information I want (or start googling it).

If he hid behind his business as “the LinkedIn marketing company,” he wouldn’t have been able to branch into other niche markets as easily as he has. The reason we believe we’ll get quality out of his other products is because of him.

For example, he also sells Facebook marketing, video marketing courses, and others. And his calls to action almost always use a clear photo of himself. People are attracted to people.

If you’re a YouTube fan, you’ll know about Hank, John, Nerfighteria and “Don’t Forget To Be Awesome.” They’re also known by their YouTube channel username as “the Vlogbrothers.” Together they have achieved Internet celebrity status that leaks into real life. 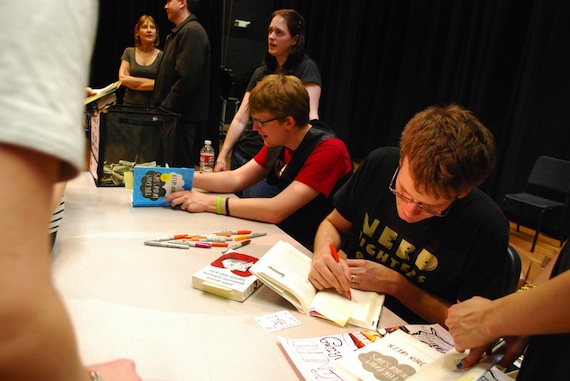 While collectively they brand several separate projects and appear as hosts on various channels, the backing of the Green name goes a long way. VidCon, Subbable and the Project For Awesome are just three examples of many.

Hank even made Emily Graslie popular through the channel, The Brain Scoop. After speaking on taxidermy so well in YouTube videos, she landed a career at the Field Museum. That is the power of personal branding: being able to create other personal brands.

Most of their projects include them, in one shape or another. Be it the author, the producer or the organizer, if John and Hank Green are behind it, it’s gonna be big.

We know this guy from The 4-Hour Work Week. His book was rejected 26 times before it got published. When it did, we were amazed. What we didn’t expect was that his name, tagged with the “4-Hour” brand, would become iconic.

Want to master anything, get fit, quit your job and become rich at it? Listen to what Tim Ferriss has to say. I’ll bet you could also rival Bobby Flay in a throwdown if you read Tim’s book, The 4-Hour Chef.

But the part that gets me is this: He’s getting his own TV show named after him. Note this: The TV show was not named the “4-Hour” anything. It is titled as a “Tim Ferriss” something.

There are many more examples to share, but this blog would never end if we listed them all! Let us know some of your favorites in the comments below!

To conclude, being you works!

After reading through our case-in-points above and learning by example, we can see this is a no brainer.

If you want to start a business, consider whether you really need that new corporate image. Maybe people will like you just the way you are!

And if you’re hiding behind a big corporate logo, consider stepping into the limelight. It really is the people, not the brand, that inspire customer loyalty.