Social influence measurement site Klout has attracted a lot of attention. The site tracks social media influence across a range of sites and has generated love, hate and even parody! 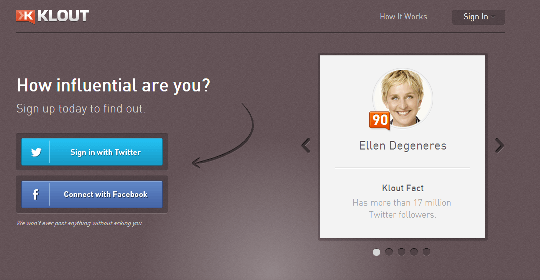 Others criticize Klout because:

Love it or hate it, social influence measurement seems here to stay. Here are some free and low cost alternatives to Clout.

The Main Competitors – PeerIndex and Kred 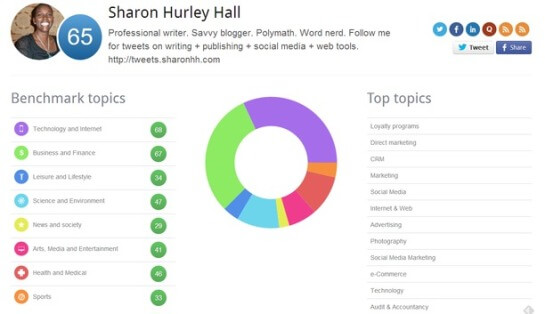 PeerIndex used to be very different from Klout but now it seems strikingly similar.

You can plugin Twitter, Facebook, LinkedIn, Quora and several websites to get your PeerIndex (PI) score. The higher the score, the more rewards you get. And those rewards are front and center on the home page, whether you’re logged in or logged out.

While Klout Perks are generally free, many of the rewards on my PeerIndex profile were significant discounts on various products. 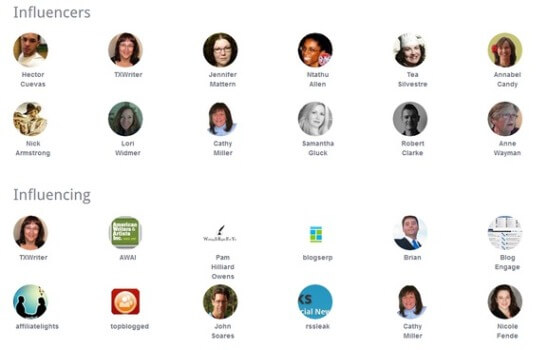 PeerIndex offers a Chrome extension and also integrates with Rapportive, MarketMe Suite and SocialBro. The PeerIndex user profile, which you can only see when logged into the site, also includes avatars of the people you most influence and are influenced by. Hover over the avatars to get additional information on these users.

Similarities to Klout include:

One of the differences between the two is that it’s much easier to see how your PI score is calculated. PeerIndex takes account of your activity over time instead of changing every time there’s a flurry of activity.

In theory, this results in a more accurate measure of social influence. However, it does track fewer sites than Klout does. It is also worth noting, that other users cannot add PI to your score, as they can with Klout and Kred. 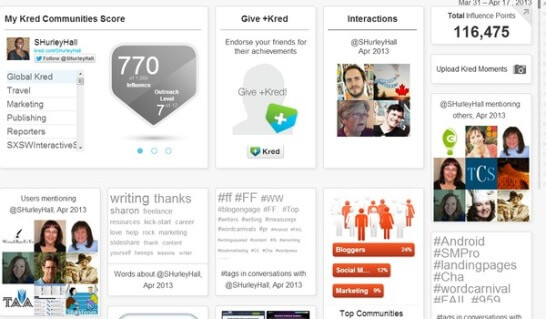 PeopleBrowsr’s tool Kred measures both social influence and outreach, providing a score for each on a little shield that appears on your profile.

For influence, it works primarily by assessing retweets, replies, mentions and follows on Twitter. You can also plugin your personal Facebook account, but at the moment, there is no way to have it work with your page.

Outreach is a cumulative score based on how often you retweet, reply, share and mention other people. Like the other two, Kred also offer rewards.

Each social action by you or your followers results in a certain number of points and there is an activity page where you can see exactly what has contributed to your Kred score, making it the most transparent of the three main social influence measurement sites.

Like Klout, you can give Kred to other people. And Kred also tracks your influencers, the people you influence and your top communities, hashtags and topics.

All of these appear in separate cards on the home page when you log in. The page includes cards for follower count, an influence and outreach chart and the top locations where your network is from. Each card on this slightly confusing interface can be shared via social media.

As the tools above show, there are a number of components of social influence. Instead of measuring them as a whole, the tools below address some aspects of being influential online. 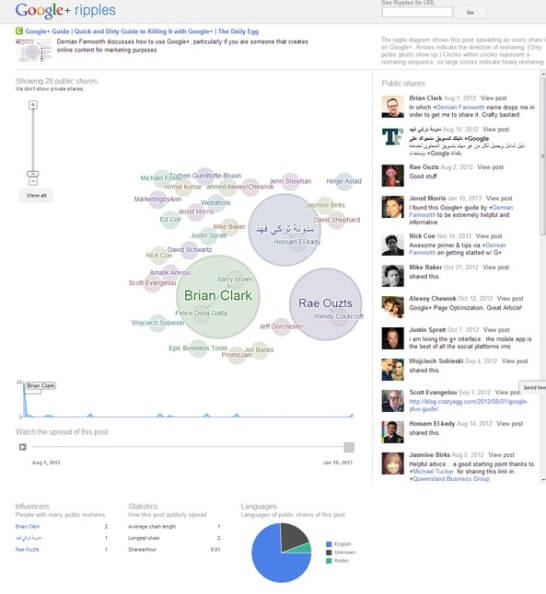 Which tool should you choose? Each has something to recommend it. If you’re active only on one social network, then one of the platform-specific tools might work well. If, like most people, you are present on multiple networks, then one of the top-line Klout alternatives is a better pick.

Are you using any of these social influence and engagement trackers?

Still confused about the whole idea of social influence? These articles might help:

Can Social Influence Be Distilled Into A Score? Part I, The Potential

Can Social Influence Be Distilled Into A Score? Part 2 – Potential Pitfalls

Klout vs. Kred vs. PeerIndex: Reviews and Comparisons 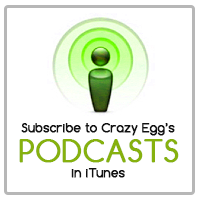